I know.  It's been since October 2012 since my last post, and that photo was actually taken in September.  The reason for my absence?  My boys are in a part-time independent study / part-time on-campus school program.  I agreed to do the part-time thing because as of the moment it's the only way to get into this school if the lottery does not work out in your favor.  Sadly, we did not win the lottery to get into this school last May.  So, wish us luck that my younger son's waiting list number moves 23 more spaces.  (His waiting list number is better than my older son's.)  If they call us by the end of this school year, he will be in full-time, with the independent study being done and over with for him.  This will also take my older son off the regular waiting list and onto the Sibling Priority list.  If they don't call us by the next lottery date in May, we have to enter the lottery again.  As of October 2012, there were 901 students on this wait list.  Until we get in full-time, I'm teaching my kids part-time, which takes away my time from the fashion blogging.  I'm too exhausted by the end of the night for blogging.  I'm hoping to be able to blog more again this summer, or sooner if some luck is sprinkled upon us and we get into the school full-time!

On a different note, I've been wanting to share about our trip to Seattle last summer.  I'm such a big fan of Nordstrom that I was able to get them to give me a private tour of the corporate offices in Downtown Seattle.  It was an amazing opportunity for me.

The Nordstrom Corporate Headquarters are up on the sixth floor of the flagship downtown store #1.
To begin the tour, the concierge said she'd take us behind the scenes of any department. I wanted to see the shoe department. 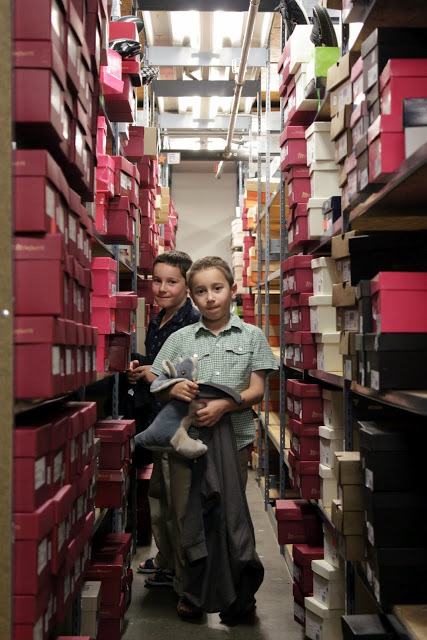 Up on the sixth floor there is this very cool timeline of photographs placed on the hallway wall showing the company's history.  The first store to open outside the Pacific Northwest region was the store that opened in South Coast Plaza in 1978, which is my local Nordstrom in Orange County.  I happened to be at that grand opening when I was 9 years old.  I told this to the store manager of the downtown Seattle flagship store, and I think this is probably why they agreed to let me see the corporate offices behind the scenes. They were mighty impressed (or freaked) that I actually knew that the company expanded to South Coast Plaza as their first adventure away from the Pacific Northwest. 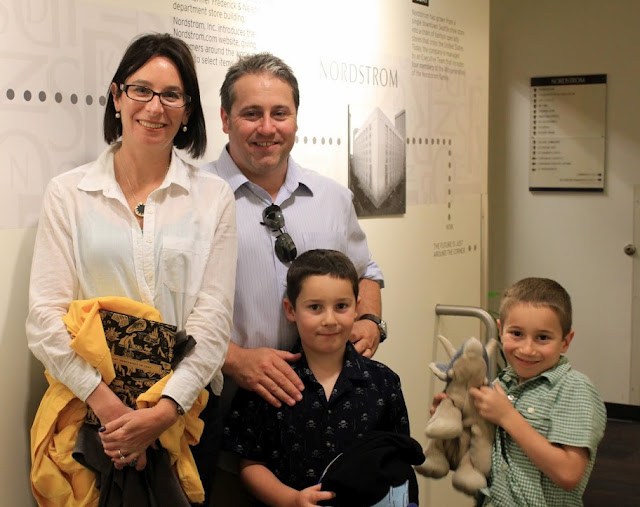 The South Coast Plaza store within the timeline: 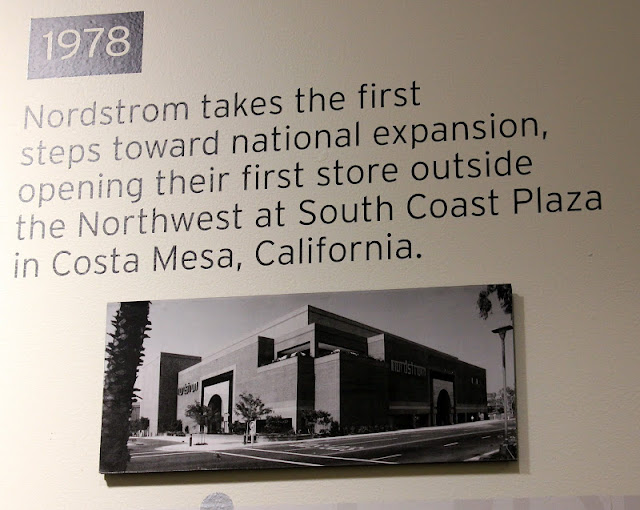 After the timeline, the concierge said that since I'm such a huge Nordstrom fan that knows so much about their company, she had a special treat for me.  She said we get to visit the CEO Blake Nordstrom in his office.  We had 20 minutes.  This guy is a celebrity to me.  I was freaked.

Blake showed us shoes from their first store in 1901. 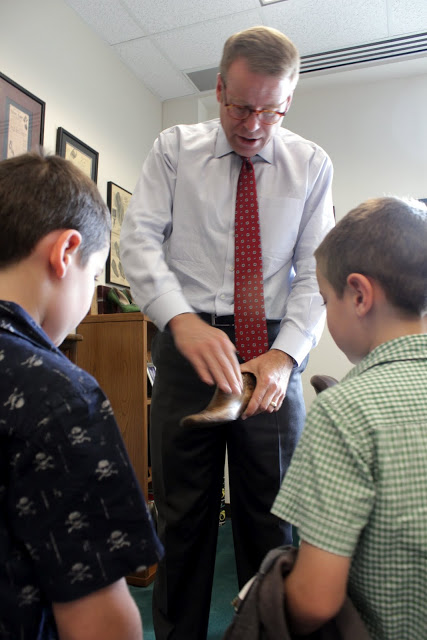 More shoes from 1901; old photos and posters from the company on the office wall; me telling Blake how much I love Nordstrom.  :/ 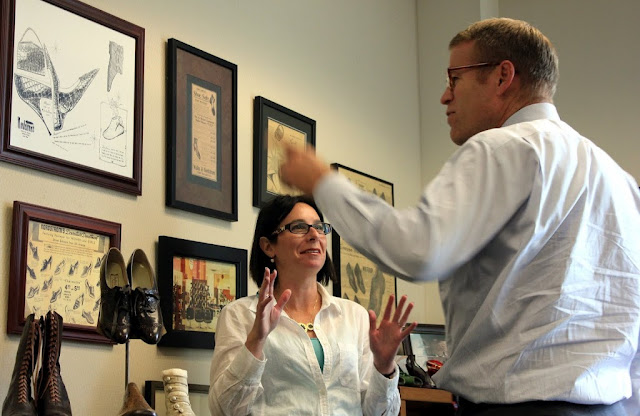 Blake was so down to earth, so friendly, so happy to have a loyal customer truly excited to be there.  He gave me a signed book that his grandfather wrote about the history of the company that was written in 1950.  You can't buy this book.  It is so amazing.   I'll never forget this experience.
Posted by no more frump at 1:29 PM 4 comments: Links to this post

This blog uses ShopStyle affiliate links. If you click on an affiliate link and/or make purchases through these links, I may earn a few pennies. Thank you for supporting this blog.